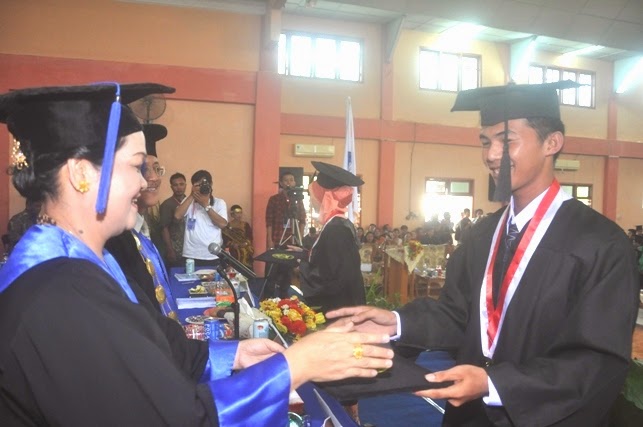 As the teenager, he has ambition to continue his study in higher grade. Based on his interest and the support from his family, he has continued in Institute of Teacher Training and Education of Gunungsitoli (IKIP) since 2006 and chosen English department. While he has been studying at IKIP Gunungsitoli, he works at Asuransi Jiwa Bumiputera as Marketing Consultant in 2008-2011 and because of his love in education site and also the message of his late father, he has opened a Student Center at his village Desa Silimabanua-North Nias since 2010 and resigned in 2019. He completes his study at IKIP Gunungsitoli in 2012.